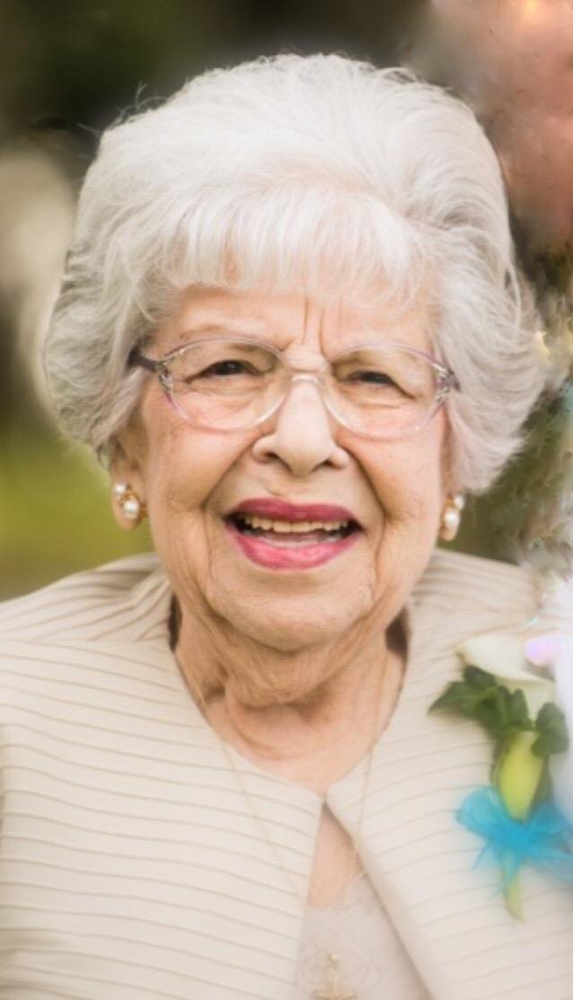 Genevieve “Jean” Salmeri (nee Alfano) died peacefully of natural causes at the age of 100 in her private apartment in the home of her son Anthony at 533 Windmill Lane, Waco, Texas on July 9, 2019.

Genevieve was born on April 23, 1919; the fifth child of Frank and Filomena Alfano. in Cliffside Park, New Jersey where she resided for 87 years. After she was physically debilitated by a respiratory illness, her children moved her to Waco, Texas to care for her. She regained much of her strength and maintained her soundness of mind to the end of her life.

She is survived by her son Anthony (Tony) Salmeri and his wife Patricia and by her daughter, Mary Stein and her husband Joel, by seven grandchildren, nine great-grandchildren and three siblings, Louie Alfano, former police chief of Cliffside Park, Edith Moppert and Virginia Scalzo, two brothers-in-law, Joe Villani and Joe Waldrop and twenty-three nieces and nephews and their spouses and children.

She will be deeply missed.

Share Your Memory of
Genevieve
Upload Your Memory View All Memories
Be the first to upload a memory!
Share A Memory
Plant a Tree